Put up a picture and bio of your character here! It's recommended you only post what could be easily discovered. Height, hair, eyes, etc., observable behavior. Leave some intrigue for RP!
Post Reply
1 post • Page 1 of 1 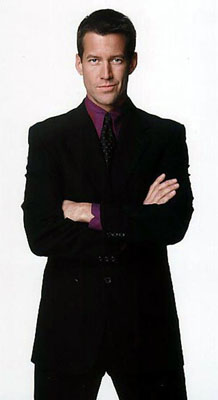 Name: Gregory Sween
Hair Color: Brown
Eye Color: Brown
Height: 5'11
Nationality: American
Theme song (OOC): "Natural" - Imagine Dragons https://www.youtube.com/watch?v=0I647GU3Jsc
Quote: "Control is not always about force. It's not always about blackmail. Sometimes to gain control you do need to compromise... or at least make the other party think that's what you're doing."

Title: Prince (Kindred info only, duh)
Appearance: 2
Charisma: 3 (though usually only noticeable if you're another business person, or by someone he wants to do business with)
Intimidation: 4 (The flipside of his Charisma. Most visible by people who aren't used to boardroom politics)

To the public, Gregory Sween is a sometimes-seen background individual who is connected with prominent people in the city. He is heavily involved with real estate development, and is consulted on many of the cities projects. He is never front and center. His chauffeur tends to draw more attention than Sween does, and is often not far from where Sween is.

To the Kindred world, Prince Sween is a shrewd Blueblood businessman with a grip of iron on the pillars of his city. He has guided the city since it was a fishing port, being careful to not be too prominent as he influenced Kine politics and businesses. Despite his age, his direct involvement in the city's Kine has gradually evolved how he manages his Court. He treats Elysium as a dual-purpose between an employee lounge and boardroom, depending on the activities of the night. His expectations on etiquette are more relaxed than traditional Princes, and again seem more in-line with what may be found in an office environment. This includes allowing people to openly challenge each other, and to a degree, challenge the Prince himself. When a line is crossed, it's made clear.

There are rumors about why he is resistant to appointing people to the usual positions found in other Courts. Among the rumors is that something happened when he was a prominent figure in New York City, prior to taking over Cacibajagua. it was long enough ago that finding out facts would require some (careful) digging.

He is marginally aristocratic (some would say more 'CEO elitist'), and cunning, though he is a man of his word. Because of that he phrases everything he says carefully. Always be weary of wording when he makes promises in your favor.
Top
Post Reply
1 post • Page 1 of 1